According to EU-CIRCLE Statement, it is presently acknowledged and scientifically proven that climate related hazards have the potential to substantially affect the lifespan and effectiveness or even destroy of European Critical Infrastructures (CI), particularly the energy, transportation sectors, marine and water management infrastructure with devastating impacts in EU appraising the social and economic losses. According […]

FINAL WORKSHOP OF THE EU-CIRCLE PROJECT The project’s final conference was held on August 29, 2018 at Fraunhofer IVI in Dresden, Germany together with the workshop of Case Study 5: Rapid Winter Flooding around Dresden. The final conference included speakers from other EU-funded projects as well as national research projects which presented their work in […]

11th Meeting of the Community of Users on Secure, Safe and Resilient Societies

EU-CIRCLE will be participating at the 11th Meeting of the Community of Users on Secure, Safe and Resilient Societies, held in Brussels, Belgium. EU-CIRCLE will be presenting the results of the Torbay case study on coastal flooding on June 6th, during Theme 9 of the meeting (Extreme Weather and Climate Events). Dr Athanasios Sfetsos (EU-CIRCLE […]

EU-CIRCLE is presenting a poster on Business Continuity in a changing climate at the 11th Conference on Crisis Management Days, held in Brijuni, Croatia. The Conference is organised by EU-CIRLCE partner the University of Applied Sciences Velika Gorica with the support of the National Protection and Rescue Directorate of Croatia. Join us on 23rd and […]

The ITF Summit is the leading global transport policy event attracting the world’s largest gathering of transport ministers. The theme of the 2018 summit is “Transport Safety and Security” and is addressing wide-ranging issues related to safety of transport networks, including extreme weather disruption. The EU-CIRCLE Framework is being presented at the Summit by Dr […]

The EU-CIRCLE methodology and Critical Infrastructure Resilience Platform (CIRP) were tested and validated through a case study which assessed the impacts of heat waves and forest fires on the electric and road transport networks of the Provence-Alpes-Côtes d’Azur Region (south east of France). CEREN and ARTELIA developed the case study scenario in collaboration with the […]

The wildfires of June 2017 in Portugal prove that the exacerbation of natural disasters due to climate change may be significant in terms of human lives and disruption of essential services. Long term planning of fire prevention, in order to protect citizens and essential services to society, requires the identification of credible future climate threat […] 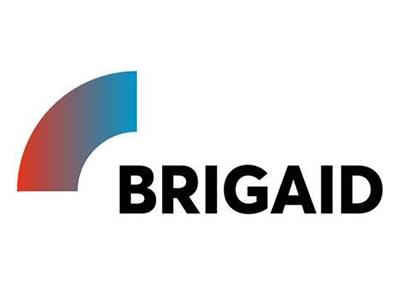 On May 11, 2017, a workshop took place in Berlin, organised by the BRIGAID consortium. BRIGAID (http://brigaid.eu/ ) is a 4-year project under EU Horizon2020, which aims to effectively bridging the gap between end-users and innovations that may improve resilience against climate hazards. In order to reach this ambitious aim, the project started to evaluate […]

An EU-CIRCLE Seminar on Crisis Management by VVG

On 11 March 2017 the future crisis managers in Croatia had the opportunity to hear more about EU-CIRCLE, its progress and expected results at a seminar organized by the University of Applied Sciences Velika Gorica, with the participation of National Centre for Scientific Research – DEMOKRITOS. Students of the Crisis Management study programme have first […] 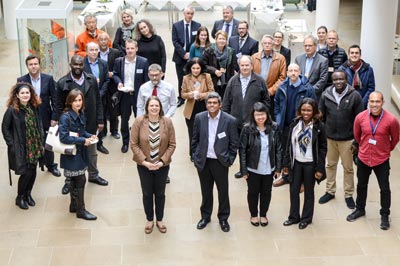 CIB Symposium on Resilience to Climate Change and Flooding